We decided to drive to Platres, a village resort up near the highest point of Cyprus, on the Troodos mountains. Even though it was mid-April, the weather was wintery. Low clouds played hide-and-seek among the mountain tops, coming down enough to envelop our cars in a thin fog. The sun triumphed occasionally, only to be followed by a short hailstorm and then rain and then back to sun again. Above us, we could see that the highest peaks were snow covered from the night before.

We reached the village around noon and parked at its center. Unlike other villages we had seen, with their disorganized chaos of delapidated shacks, restored old houses, and construction garbage everywhere, Platres was pristine. Beautiful houses were dotting the landscape, with tended gardens and flowering trees. “Platres was a popular upscale resort during the British colonial times,” I explained, “and it remained so after independence.” 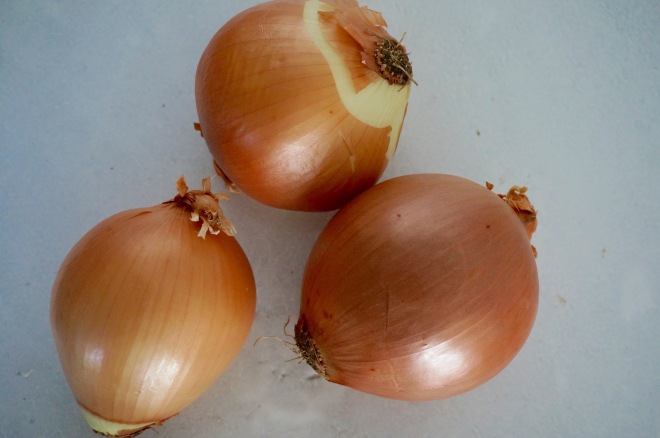 It started to drizzle. “Lunch?” I asked. Everyone nodded. We walked into the closest restaurant, doubtful it was even open. The whole village was quiet and empty. This was Easter week and much earlier than the crowded tourist season. The door to the restaurant opened and we walked in to a dining room empty of any customers, except for three men at a table, with a laptop open. “Come in,” one of them said, the apparent owner.

We sat down and he explained what was available for the day. It was a limited menu but there was enough there to entice us. Steve and JC ordered ttavas, a lamb stew, cooked in onions and tomatoes with a heavy dose of cumin. Traditionally cooked in clay pots in outdoor wood-burning ovens, I always remember it from my childhood, tasting of sweet earth and smoke. When it arrived at our table and Steve took a bite, his eyes lit up. “This is amazing,” he said. JC nodded in agreement.

Last week, back in New York, I decided to create a version of it, tweaking my mom’s recipe and using chicken instead of lamb. No clay pots or wood-burning ovens are involved, but it will get you as close as possible to a cold spring afternoon in Platres without leaving your home. 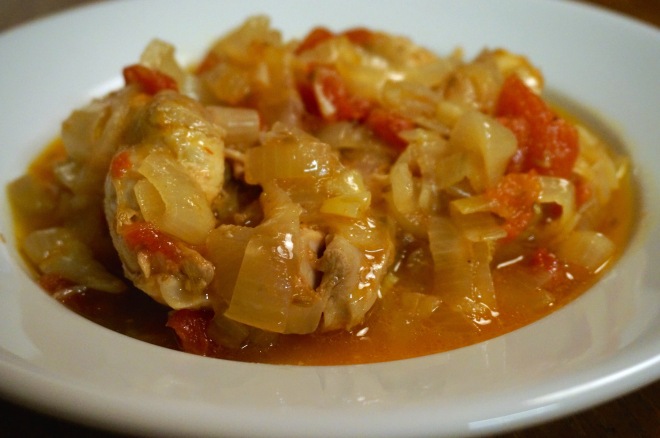 In a large oven-safe pot with lid, heat olive-oil over medium heat. Add onions, garlic, and ½ teaspoon of salt. Cook, stirring frequently, until onions are soft but have not turned brown, about 15 minutes. Add cumin, and cook, stirring constantly for another minute.

Add diced tomatoes and their juices, wine, vinegar, bay leaves, an additional 1 teaspoon of salt, and freshly ground black pepper. Stir to combine well. Add chicken thighs and nestle them in the onion mixture to cover them. Bring back to a gentle simmer, cover pot and place in oven.

Cook covered for 60 minutes. Uncover pot and return to oven for an additional 20 minutes. Adjust salt and pepper, if necessary

To serve, use two forks to separate chicken thighs into large pieces. Serve in shallow bowls with chunks of bread to sop up the onions and tomatoes.